The fact that carbonated, sugary drinks are bad for teeth won’t be revelatory for most. Dental and orthodontic professionals have been railing against pop, energy drinks, and flavoured sodas almost since their invention. Cavities, tooth decay, plaque buildup, and discolouration are only some examples of the havoc they can wreak.

Regardless of its well-known effects, pop continues to be one of the most popular beverages in Canada. It’s really no wonder, as they’re included on every restaurant menu, seen on every fast food billboard, and marketed with flashy and appealing ad campaigns.

We’ve touched on the many problems of pop before, but it’s worth taking a deeper dive into exactly how bad carbonated drinks can be for your oral health and equipping you with the tools you need to keep your and your children’s pearly whites looking and feeling as healthy as possible. An apple a day may keep the doctor away, but a pop a day gets the dentist to stay!

The effects of Sugar

The sugar in pop, energy drinks, and sodas is a kind of “fermentable carbohydrate,” which is the ideal food for the mouth-dwelling, tooth-damaging bacteria that we all have. When the bacteria sit down to a sugary meal, they produce acids and enzymes that attack and degrade tooth enamel and proteins. This weakens and decays the teeth, leaving them open to attack from the myriad other foods and drinks that are out to get them. “Fermentable carbohydrates” come in food of all shapes and sizes, running the gamut from raisins to jam to muffins, but carbonated drinks really pack a tooth-damaging wallop.

You may be thinking that diet pop or sugar-free energy drinks could be a less harmful alternative, but that’s unfortunately not the case. Even without the sugar content, carbonated drinks contain acids of their own. Studies have shown that there is “no significant difference between the erosive potential of sugared and non-sugar soft drinks.”

the effects of acid

Acids are notorious for their corrosive properties, and carbonated drinks have acid in spades. In fact, some of the most popular brands have even been used to clean old coins. If they’re capable of that, imagine what they can do to your damage-prone teeth. Like stripping the grime from a penny, soft drinks wear away at the hard tissue of the teeth, weakening the enamel. As the damage continues, so does the severity. Eventually, the acids will expose the softer dentin or even the pulp of the tooth.

As if that weren’t enough, these acids are a type of chelator, a chemical that traps calcium. Calcium is one of the building blocks of healthy teeth; it holds them in place and strengthens the jaw bone. Chelators steal calcium away from your teeth, like stealing the foundation from a house. This is a perfect storm of tooth destruction that can cause severe cavities, discolouration, or pain. In patients with the worst cases, tooth erosion can result in abscesses, damage to previous dental work like fillings, or even tooth loss. The bacterially-produced acid combined with the phosphoric acid from carbonated drinks barely gives your teeth a fighting chance!

Frequent sippers are at particular risk. Essentially, having a consistent pop intake subjects your teeth to an all-day acid bath, denying them to chance to let the pH levels inside the mouth return to normal levels. 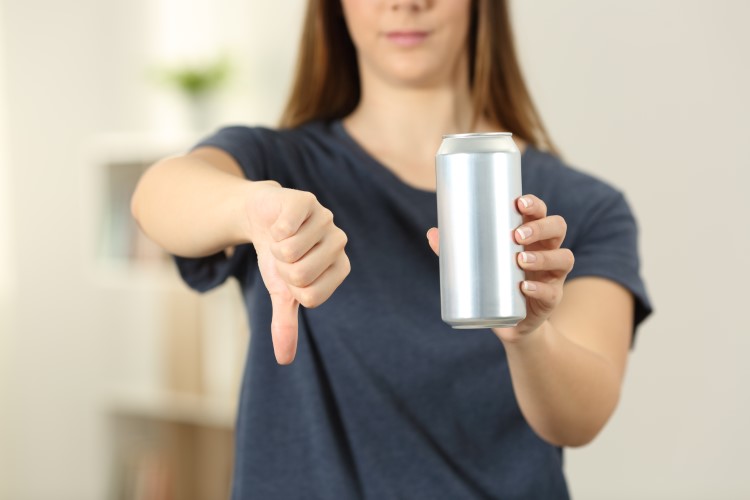 the effects of carbonation

It is the carbonation of these drinks—their quintessential feature—that makes them so uniquely detrimental. The process of carbonizing a beverage ups its acid content. But that’s not the worst of it.

Picture pouring a pop into a glass. What happens? The carbon dioxide gas, being released for the first time and agitated by the movement, manifests as a bubbly froth that sits on top of the liquid. When you tip the glass into your mouth, the process repeats: the liquid converts to fizz and expands to fill the empty space. In so doing, it spreads the pop’s sugary acid around, where it lands on your gums, the surfaces of your teeth, and in between them. Simply put, it isn’t just the sugar or the acid or the carbonation that poses a threat to your oral health: it’s the terrifying trio. It’s almost like carbonated drinks were specially created to deal as much damage to your mouth as can be.

what you can do 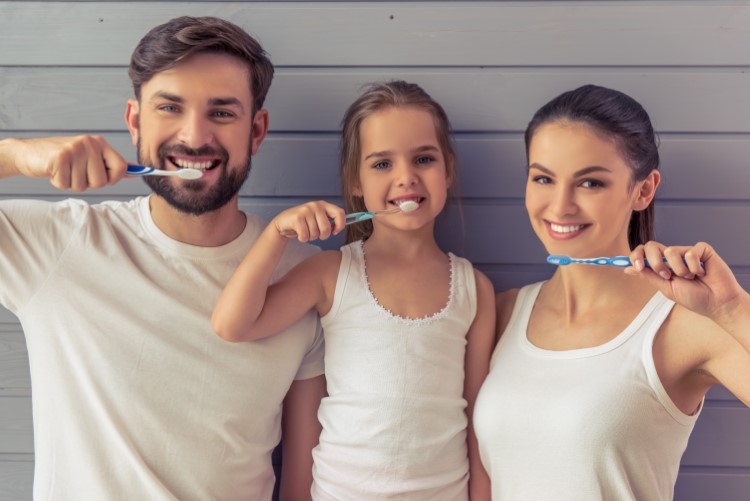 We don’t need to tell you how important brushing and flossing are. (Twice a day, please.) But when you’re trying to get the sugar and acid off of your teeth, brushing may do more harm than good. When acid makes contact with your teeth, it temporarily softens the enamel. If you brush right after having a fizzy drink, you may be brushing that vital enamel right off of them. Make sure you wait at least 20 minutes before beginning your oral hygiene routine. If you must drink pop, energy drinks, or soda, the best way is through a straw. That way, the drink may not make contact with your teeth at all. An ounce of prevention is worth a pound of cure!

The jury’s still out when it comes to plain sparkling water as an alternative to other soft drinks. Some say it’s harmless, others say it does a little damage. But two things are clear: sparkling water with sugar flavouring still isn’t great for keeping teeth healthy, but it’s still a much better option.

As all dentists would agree, the absolute best kind of drink for preserving mouth health is good, old-fashioned still water. Not only does tap water have a pH balance of 7 (totally neutral, compared to acidic sparkling drinks), it has a good fluoride content. Water with fluoride helps fight cavities and washes away the sugars that bacteria love to turn into destructive acids. If you stick to water, your teeth (as well as your dentist, pediatric specialist, or orthodontist) will thank you. 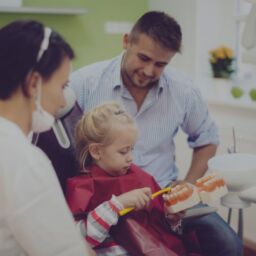 What Parents Should Know: Fluoride and Cavity Prevention for Kids

If there’s one inalienable truth in the world, it’s that children love sweets. As a parent, you do your best… 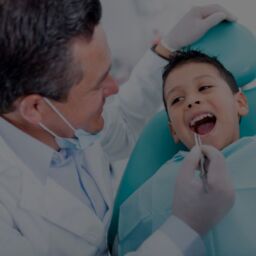 When Should Your Child Visit a Pediatric Dentist?

You want the absolute best for your kids, and that includes their teeth. You’ve got a family dentist that’s just…

What’s the Difference between a General Dentist and Pediatric Dentist?

It’s a momentous occasion: your child’s first tooth just came in! While friends and family “Ooh!” over the milestone, you… 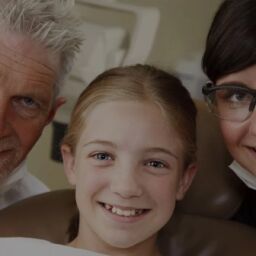 What to Look for in a Pediatric Dentist

Your family’s health is always the first thing on your mind. When it comes to their oral health and hygiene,…